Representation, appeals, and legal counsel before the Social Security Administration. 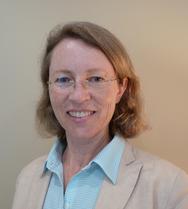 ​​The Law Firm of Chitwood and Fairbairn, P.A. 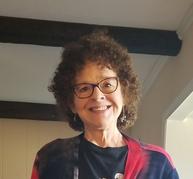 ***Neither by accessing this site or by reviewing its contents has an attorney-client relationship been formed or established with The Law Firm of Chitwood and Fairbairn, PA or with any of its attorneys, including  Attorney Holly Fairbairn or Attorney Susan Chitwood Barton, and nothing contained in this site shall constitute the giving or rendering of legal advice or be construed as a legal opinion, or guarantee of a particular resolution of a legal problem. Information is provided as a public service, and is not intended to be a substitute for legal counsel. The information provided is general in nature and may not apply to your circumstances. The information herein is not contractual or binding. You should not decide to take any action or refrain from action based upon this information. You should consult an attorney before making any important decision involving a legal matter.
While we are based in Asheville, we cover all of Western North Carolina, including the areas around Hendersonville, Brevard, Waynesville, Sylva, Franklin, Burnsville, Spruce Pine, Marshall, Mars Hill, Bakersville, Weaverville, Asheville, Black Mountain, Candler, Old Fort, Marion, Shelby, Rutherfordton, Nebo, Charlotte, and Fairview. The counties we typically cover include: Clay, Cherokee, Graham, Macon, Swain, Jackson, Haywood, Henderson, Transylvania, Polk, Buncombe, Madison, Yancey, Mitchell, Rutherford, Cleveland, and McDowell.
We also handle appellate brief-writing related to administrative law (Social Security Administration) in certain other regions of the country by arrangement with local counsel. Attorney Holly J. Fairbairn and Attorney Susan Chitwood Barton are licensed to practice law in North Carolina.

Copyright @ The Law Firm of Chitwood and Fairbairn​, P.A. All rights reserved.

Holly Fairbairn received her BA in Economics and Religious Studies from Guilford College in 1989. She worked as an outdoor guide for five years, spending many winter months doing community service projects before entering law school in 1994.

Susan Chitwood Barton serves as Of Counsel to the firm. She has been a licensed attorney since 1981 and graduated from and attended law school at the Indiana University, Bloomington. In 2006 she invited Attorney Holly Fairbairn to join her practice, the Law Offices of Susan Chitwood Barton. Ultimately they formed a Professional Association, Chitwood and Fairbairn, PA.

She serves as the Peace and Justice Chairperson at St. Barnabus Parish and has been a volunteer attorney with Pisgah Legal Services and the Animal Defense League.

We could add many other things, like her history as a litigator and a worker's compensation attorney, and her comfort speaking Spanish if clients need that, and the fact that she sometimes she has elevator dreams. She is an impressive and zealous advocate and is generally out of this world.